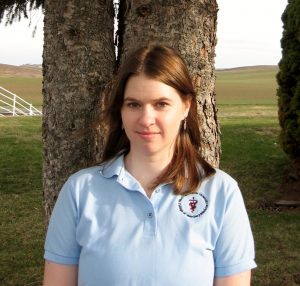 Dr. Brown obtained her veterinary degree from Washington State University College of Veterinary Medicine in 2011, where she graduated in the top 10% of her class. After graduation, she completed a one year internship in equine medicine and surgery at the University of Queensland Equine Hospital in Gatton, Australia. She moved to Raton in the spring of 2013 to work under Dr. Mark Jansen at the Raton Animal Hospital. Dr. Brown had spent a lot of time in Raton growing up, as her grandparents, Martin and Carolyn Jones, had lived in Raton for many years. Dr. Brown then purchased the hospital effective January 1, 2014. Growing up on a ranch in New Mexico instilled in Dr. Brown a strong love and appreciation for all animals, but especially horses. Growing up she was an active member in 4-H, and she was a member of the NMSU equestrian team in college. She is a lifelong horsewoman, and enjoys training horses and trail riding with her husband in her free time. Kristi is a member of the American Association of Equine Practitioners, and her areas of special interest include equine lameness and surgery. 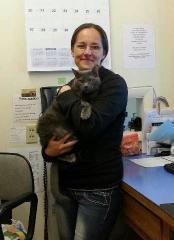 Carina’s love for animals started as a child when she could be found bringing home caterpillars in her pocket along with any other creatures she came into contact with that may need a home. Now as an adult, Carina has her own farm, consisting of her dog, cat, turtle, bird, rat, goat, and two ducks. In her spare time, Carina enjoys hiking, biking, fishing, and most other outdoor activities. Carina has grown to become an integral piece to the clinic, wearing numerous hats. Aside from running reception Carina is the first to offer a hand when needed by assisting the Veterinarian, filling in cleaning kennels, laying tile, or anything else that looks like an extra set of hands will be of help. We’re lucky to have Carina, her drive and compassion at Raton Veterinary Hospital. 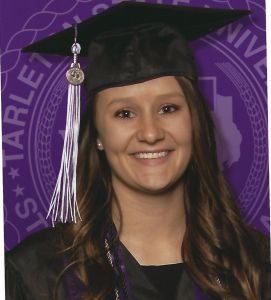 Taylor earned her B.S. in Animal Science from Tarleton State University in Stephenville, TX. She graduated with honors in December of 2017. Taylor was raised in a small town in East Texas where she gained lots of experience working in a veterinary clinic. She first came to Northeastern New Mexico as a horse wrangler for Philmont Scout Ranch and later returned as a horseman. It was at Philmont that she met her fiancé, who now works full time in the livestock department. Taylor just recently relocated to this area and is excited to be a part of the Raton Vet Hospital team! 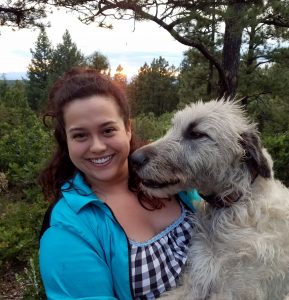 Rebecca learned to groom while apprenticing under two certified dog groomers with over 50 years experience between them. With over a decade behind the clippers under her belt, Rebecca has handled all breeds of dogs and cats, even some troublemakers! Growing up in southern Texas, she was a country girl that raised and showed goats as an active member of the 4-H club. When she wasn’t out fishing, you could find her showing her dog Sandy, or playing softball. She studied sign language interpreting at the University of Texas – San Antonio. Afterwards, she moved out to the mountains in the Raton area and joined the team at the Raton Veterinary Hospital, where she looks forward to building a relationship with you and your pet.